Closed escrow sales of existing, single-family detached homes in California totaled a seasonally adjusted annualized rate of 429,860 in December, according to information collected by C.A.R. from more than 90 local REALTOR® associations and MLSs statewide. The statewide annualized sales figure represents what would be the total number of homes sold during 2021 if sales maintained the December pace throughout the year. It is adjusted to account for seasonal factors that typically influence home sales.

“Despite signs of moderating in the second half of the year, California’s housing market continued to outperform last year’s level and remained competitive even as home prices rose at a double-digit pace — a testament to the imbalance of high demand and not enough homes on the market for sale,” said 2022 C.A.R. President Otto Catrina, a Bay Area real estate broker and REALTOR®. “For the year as a whole, the market turned in its best performance in more than a decade, as buyers took advantage of historically low interest rates and continued to value the benefits of homeownership amid another year of the pandemic.”

California home prices remained below the $800,000 benchmark for the third straight month as the seasonal slowdown continued. Despite a deceleration in growth at the end of the year, the statewide median price rose to $796,570 in December, up 1.8 percent from November’s $782,480 and up 11.0 percent from the $717,930 recorded in December 2020. The double-digit annual price gain was the 17th consecutive month with more than a 10 percent increase since the summer of 2020. The annual increase was also the smallest since July 2020 as the share of high-end homes continued to moderate since July 2021. For the year as a whole, California set a new annual record median price of $786,750, improving 19.3 percent from the prior year.

“The state’s housing market is expected to perform solidly this year as the economy recovers further and consumers’ desire to buy remains elevated,” said C.A.R. Vice President and Chief Economist Jordan Levine. “However, with COVID cases surging and inventory constraints remaining an issue, the housing market will see headwinds of ongoing high inflation, which will put pressure on the Fed to raise rates sooner than previously expected. These factors will increase the cost of borrowing and put more affordability burden on potential homebuyers who want to purchase in 2022.”

Other key points from C.A.R.’s December 2021 resale housing report include: 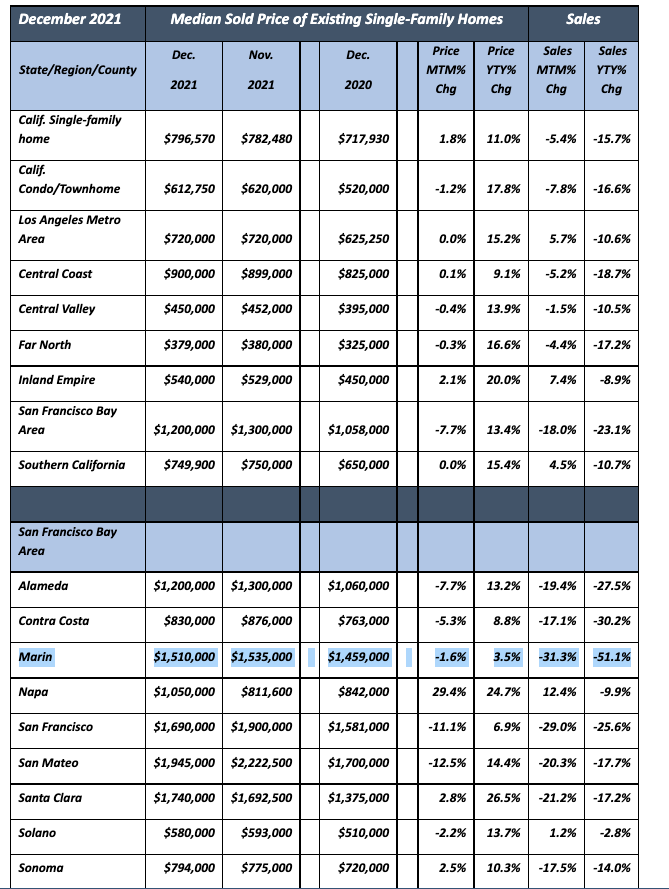 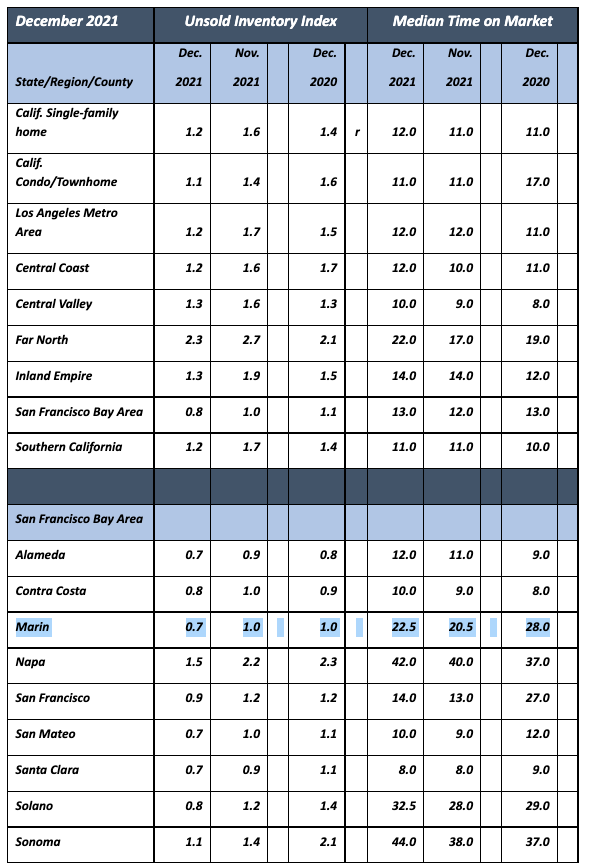