LOS ANGELES (May 11) – Housing affordability in California remained at the lowest level since mid-2018 as higher home prices fueled by a shortage of homes for sale pushed the state’s median home price more than 22 percent higher on a year-over-year basis, resulting in an 8 percentage-point annual decline in California’s housing affordability index in the first quarter of 2021, the CALIFORNIA ASSOCIATION OF REALTORS® (C.A.R.) said today.

The percentage of home buyers who could afford to purchase a median-priced, existing single-family home in California in first-quarter 2021 dropped to 27 percent from 35 percent in the first quarter of 2020 and was unchanged from the fourth quarter of 2020, according to C.A.R.’s Traditional Housing Affordability Index (HAI). The first-quarter 2021 figure is less than half of the affordability index peak of 56 percent in the first quarter of 2012.

A minimum annual income of $131,200 was needed to qualify for the purchase of a $720,490 statewide median-priced, existing single-family home in the first quarter of 2021. The monthly payment, including taxes and insurance on a 30-year, fixed-rate loan, would be $3,280, assuming a 20 percent down payment and an effective composite interest rate of 3.08 percent. The effective composite interest rate was 2.96 percent in fourth-quarter 2020 and 3.70 percent in first-quarter 2020.

Housing affordability for condominiums and townhomes also declined in first-quarter 2021 compared to a year ago, with 40 percent of California households earning the minimum income to qualify for the purchase of a $535,000 median-priced condominium/townhome, down from 44 percent a year ago and from 41 percent in fourth-quarter 2020. An annual income of $97,600 was required to make monthly payments of $2,440.

Compared with California, more than half of the nation’s households (54 percent) could afford to purchase a $319,200 median-priced home, which required a minimum annual income of $58,000 to make monthly payments of $1,450. Nationwide affordability also fell from 59 percent a year ago. 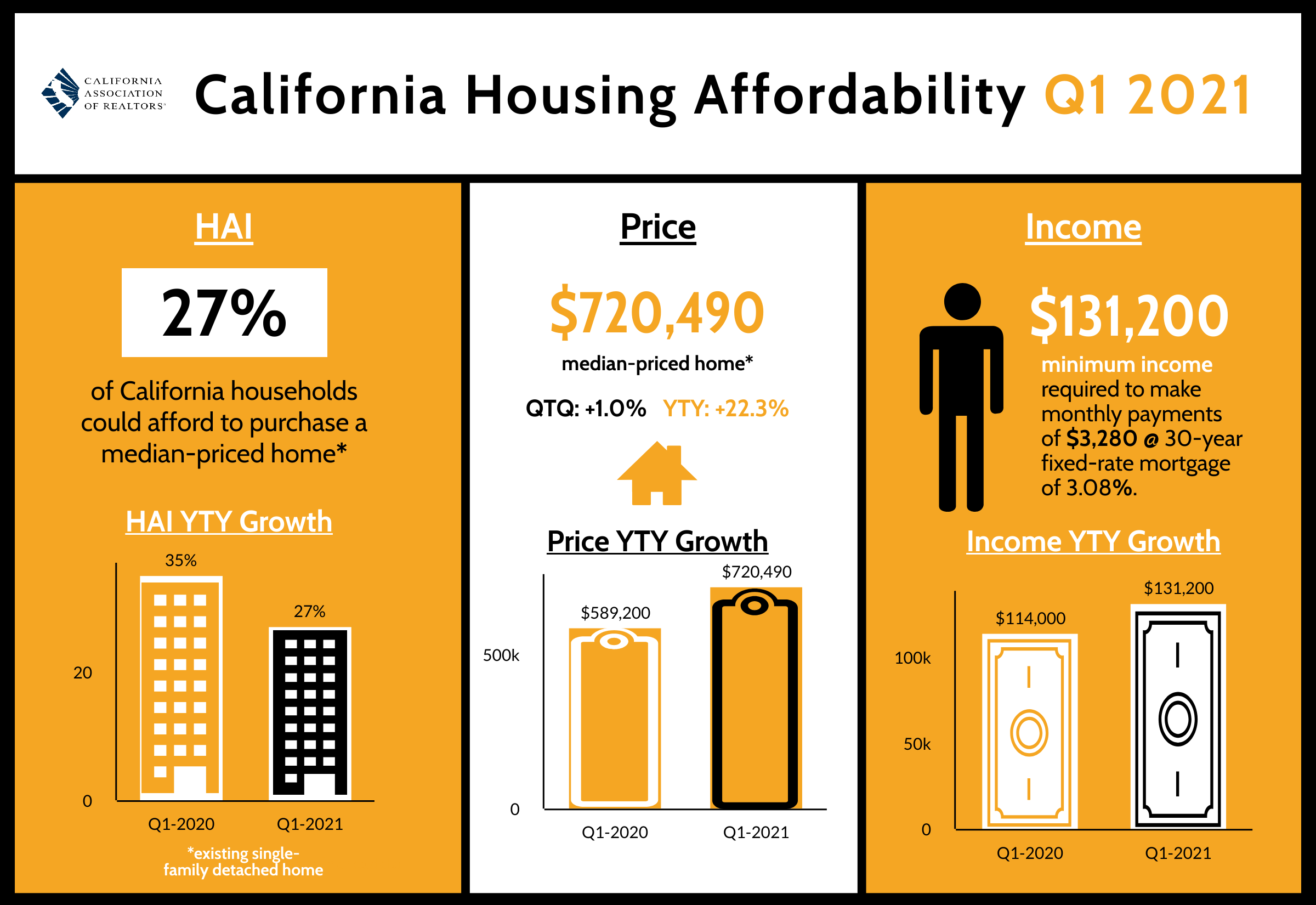 Key points from the first-quarter 2021 Housing Affordability report include: 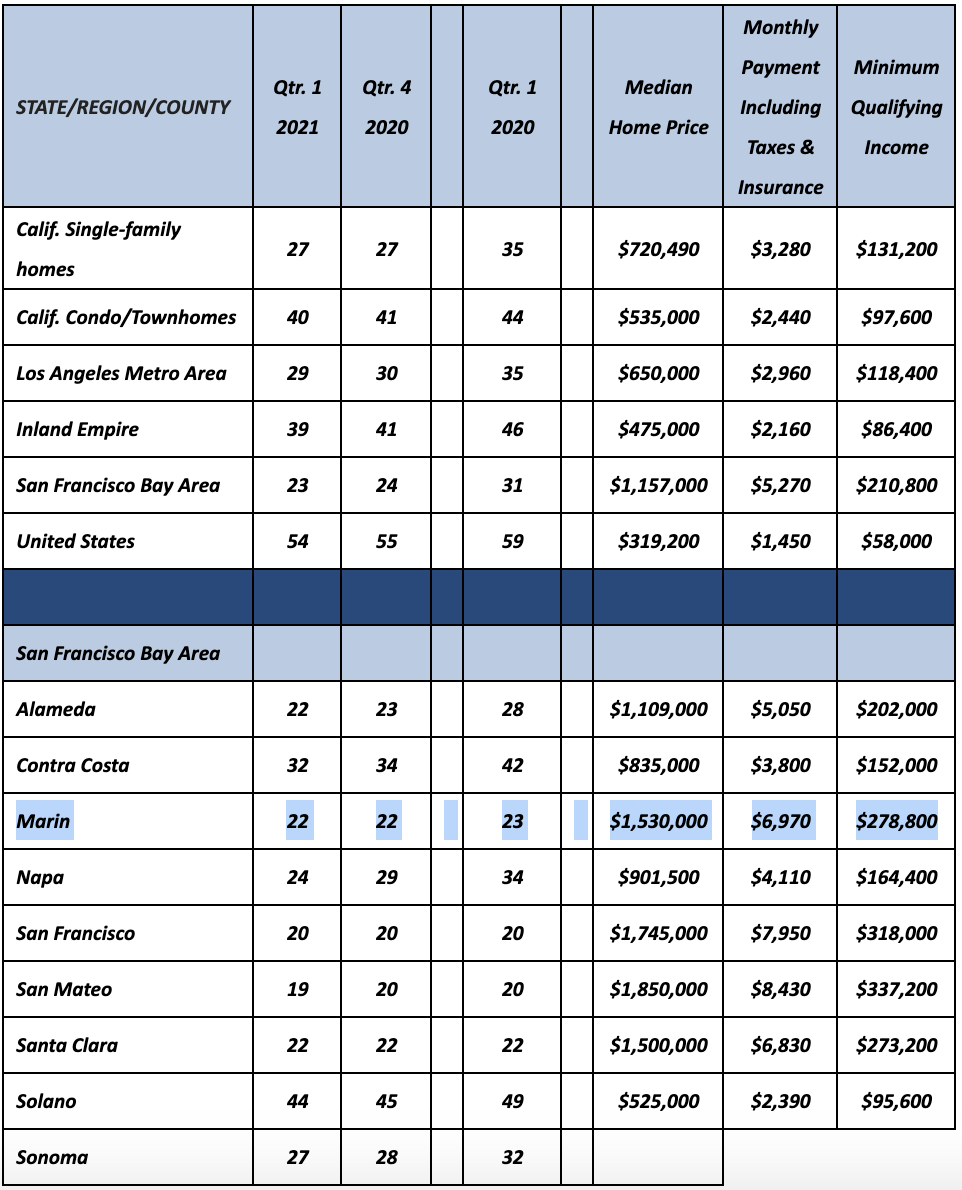