- Existing, single-family home sales totaled 446,410 in March on a seasonally adjusted annualized rate, down 3.5 percent from February and up 19.7 percent from March 2020.

- Year-to-date statewide home sales were up 17.1 percent in March.

Closed escrow sales of existing, single-family detached homes in California totaled a seasonally adjusted annualized rate of 446,410 in March, according to information collected by C.A.R. from more than 90 local REALTOR® associations and MLSs statewide. The statewide annualized sales figure represents what would be the total number of homes sold during 2021 if sales maintained the March pace throughout the year. It is adjusted to account for seasonal factors that typically influence home sales.

March home sales decreased 3.5 percent from 462,720 in February and were up 19.7 percent from a year ago, when 373,070 homes were sold on an annualized basis. While still solid, the monthly sales decline was the third in a row, and the sales pace was the lowest since last July. The near-20 percent sales gain can be attributed partly to weak home sales a year ago as the Coronavirus outbreak abruptly halted the real estate market and economy.

“While intense homebuying interest is the engine that continues to drive housing demand, a shortage of homes for sales is the rocket fuel pushing prices higher across the state. A lack of homes for sale is creating unprecedented market competition, leading to a record share of homes selling above asking price in March,” said C.A.R. President Dave Walsh, vice president and manager of the Compass San Jose office. “With more of the state’s COVID-19 restrictions being lifted in the coming months as we move into the spring home buying season, we should see home sales improve as more prospective home sellers feel comfortable listing their homes for sale.”

California’s median home price set another new record high in March as the statewide median price surged nearly 24 percent from a year ago. The statewide median home price climbed 8.6 percent on a month-to-month basis to $758,990 in March, up from February’s $699,000 and up 23.9 percent from the $612,440 recorded last March. The year-over-year gain was the highest since October 2013 and it was the eighth straight month that California’s median price registered a double-digit gain.

“The market sentiment is drastically different today compared to a year ago at the onset of the pandemic,” said C.A.R. Vice President and Chief Economist Jordan Levine. “With the U.S. economy positioned to grow at the fastest pace since the early 1980s and mortgage rates trending down again in the past week, consumer confidence will improve further, so in the coming months, we should continue to see a solid bounceback from last year as the market maintains its momentum.”

Other key points from C.A.R.’s March 2021 resale housing report include: 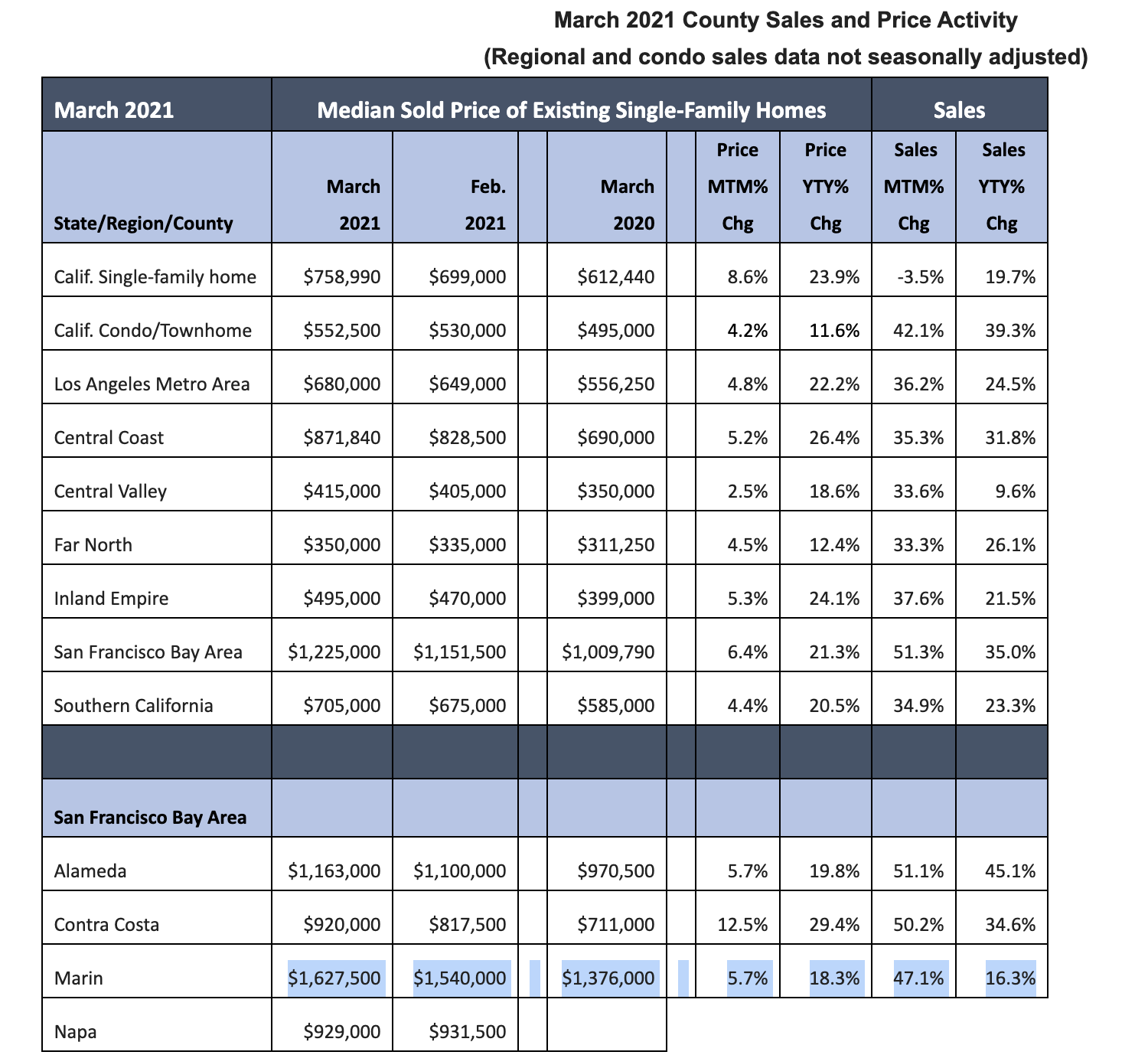 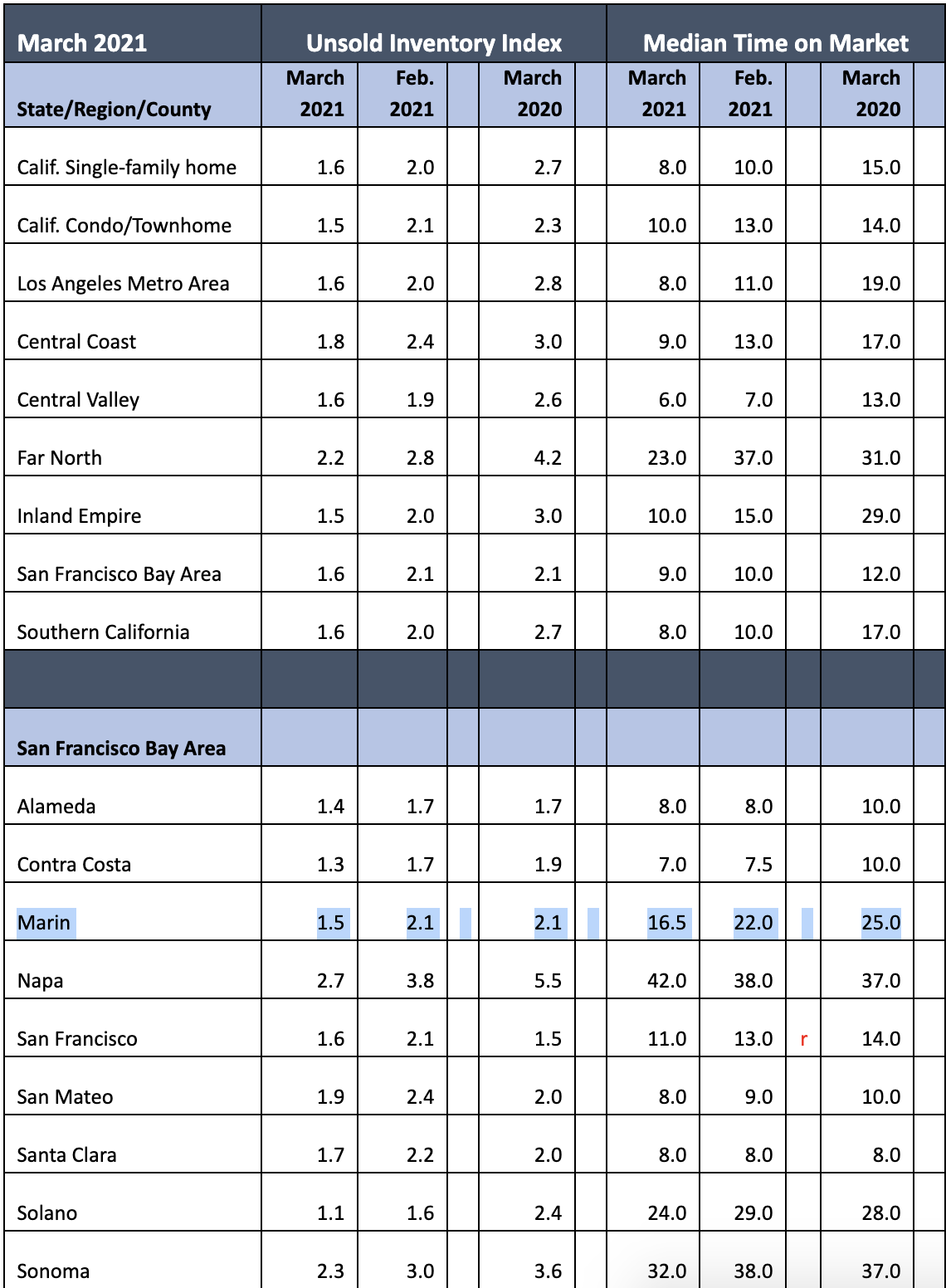