Housing affordability in California fell below 20 percent and slid to the lowest level in nearly 15 years as home prices soared to record highs in April and May and interest rates jumped to levels not seen in more than 13 years, the CALIFORNIA ASSOCIATION OF REALTORS® (C.A.R.) said today.

A minimum annual income of $199,200 was needed to qualify for the purchase of a $883,370 statewide median-priced, existing single-family home in the second quarter of 2022. The monthly payment, including taxes and insurance on a 30-year, fixed-rate loan, would be $4,980, assuming a 20 percent down payment and an effective composite interest rate of 5.39 percent. The effective composite interest rate was 3.97 percent in first-quarter 2022 and 3.20 percent in second-quarter 2021. The average 30-year fixed-rate mortgage hit the highest level in more than 13 years in June as the Federal Reserve continued to raise rates aggressively in the second quarter.

With the median price of condominiums and townhomes reaching another record high in second-quarter 2022, affordability for condos and townhomes fell from the previous quarter. Twenty-five percent of California households earned the minimum income to qualify for the purchase of a $677,000 median-priced condo/townhome in the second quarter of 2022, which required an annual income of $152,800 to make monthly payments of $3,820. The second quarter 2022 figure was down from 37 percent a year ago.

Nationwide housing affordability also plunged in second-quarter 2022. Compared with California, nearly four in ten (38 percent) of the nation’s households could afford to purchase a $413,500 median-priced home, which required a minimum annual income of $93,200 to make monthly payments of $2,330. Nationwide affordability was a revised 49 percent a year ago.

Key points from the second-quarter 2022 Housing Affordability report include: 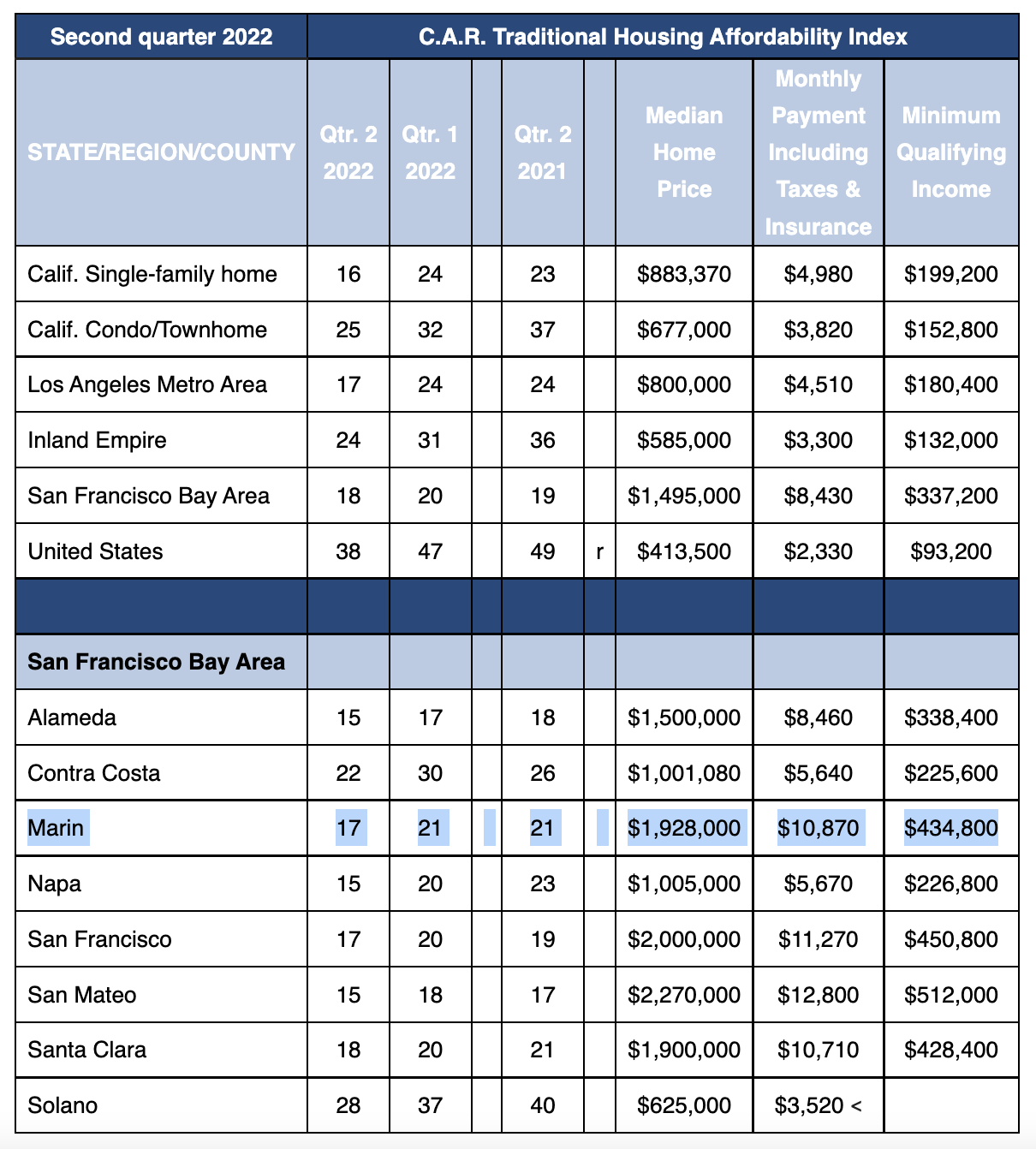 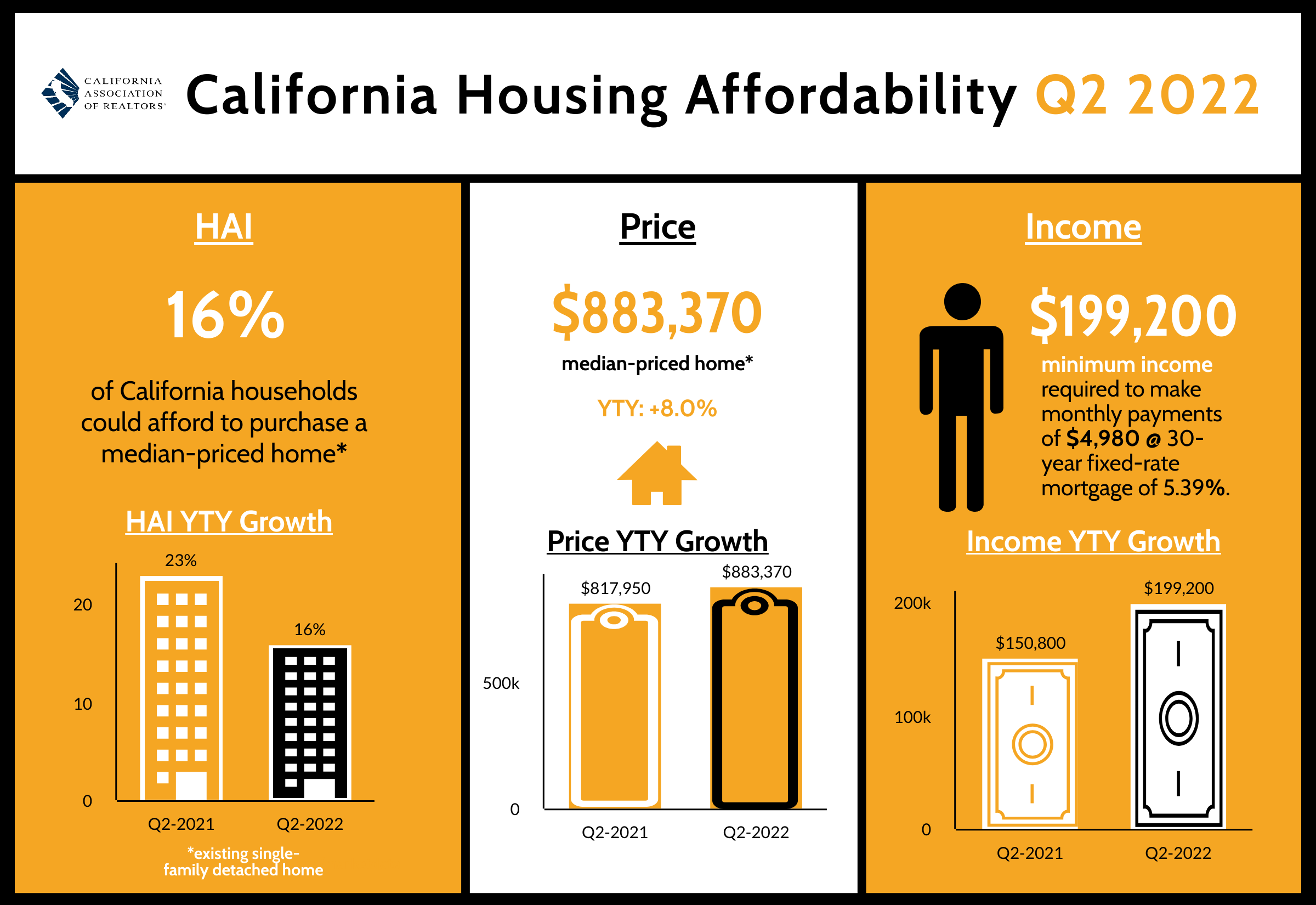