- Existing, single-family home sales totaled 395,550 in January on a seasonally adjusted annualized rate, down 0.7 percent from December and up 10.3 percent from January 2019.

Closed escrow sales of existing, single-family detached homes in California totaled a seasonally adjusted annualized rate of 395,550 units in January, according to information collected by C.A.R. from more than 90 local REALTOR® associations and MLSs statewide. The statewide annualized sales figure represents what would be the total number of homes sold during 2020 if sales maintained the January pace throughout the year. It is adjusted to account for seasonal factors that typically influence home sales.

“The strong sales momentum that we saw in the second half of last year carried over into the new year, thanks to favorable homebuying conditions,” said 2020 C.A.R. President Jeanne Radsick, a second-generation REALTOR® from Bakersfield, Calif. “And while home sales were up double-digits from a year ago, it’s important to remember that current sales are being compared to a market that one year ago was at its lowest level in 10 years as economic uncertainties clouded the market outlook while the government shutdown delayed escrow closings.”

The median price was down 6.5 percent from December’s revised $614,880 to $575,160 in January, marking the largest drop in the median price in the last seven years. The price decline was largely due to a change in the mix of sales with lower-priced properties making up a bigger share of the market as well as a seasonal slowdown. The median price climbed 7.1 percent from $536,830 in January 2019. January marked the fourth straight month that the median price registered an annual growth of 6 percent or higher.

“With interest rates on a declining trend again due to concerns about the impact of the coronavirus, motivated buyers will have an opportunity to stretch their purchasing power in the housing market,” said C.A.R. Senior Vice President and Chief Economist Leslie Appleton-Young. “The economic outlook, however, is less clear than a month ago before the outbreak of the disease, and we should expect market uncertainties to continue to linger on for the short term.”

With prices rising faster in recent months as housing inventory continued to shrink, consumer optimism rose both month-over-month and year-over-year for those who believe it is a good time to sell a home. According to a monthly Google poll conducted by C.A.R. in January, nearly two-thirds (62 percent) say it is a good time to sell, up from 56 percent a month ago, and up from 50 percent a year ago. The same motivating factors, however, may have curbed the optimism for homebuying as less than one-fourth (23 percent) of the consumers who responded  to the poll believe that now is a good time to buy a home, slightly less than last year (25 percent), when interest rates were 84 basis points higher.

Other key points from C.A.R.’s January 2020 resale housing report include: 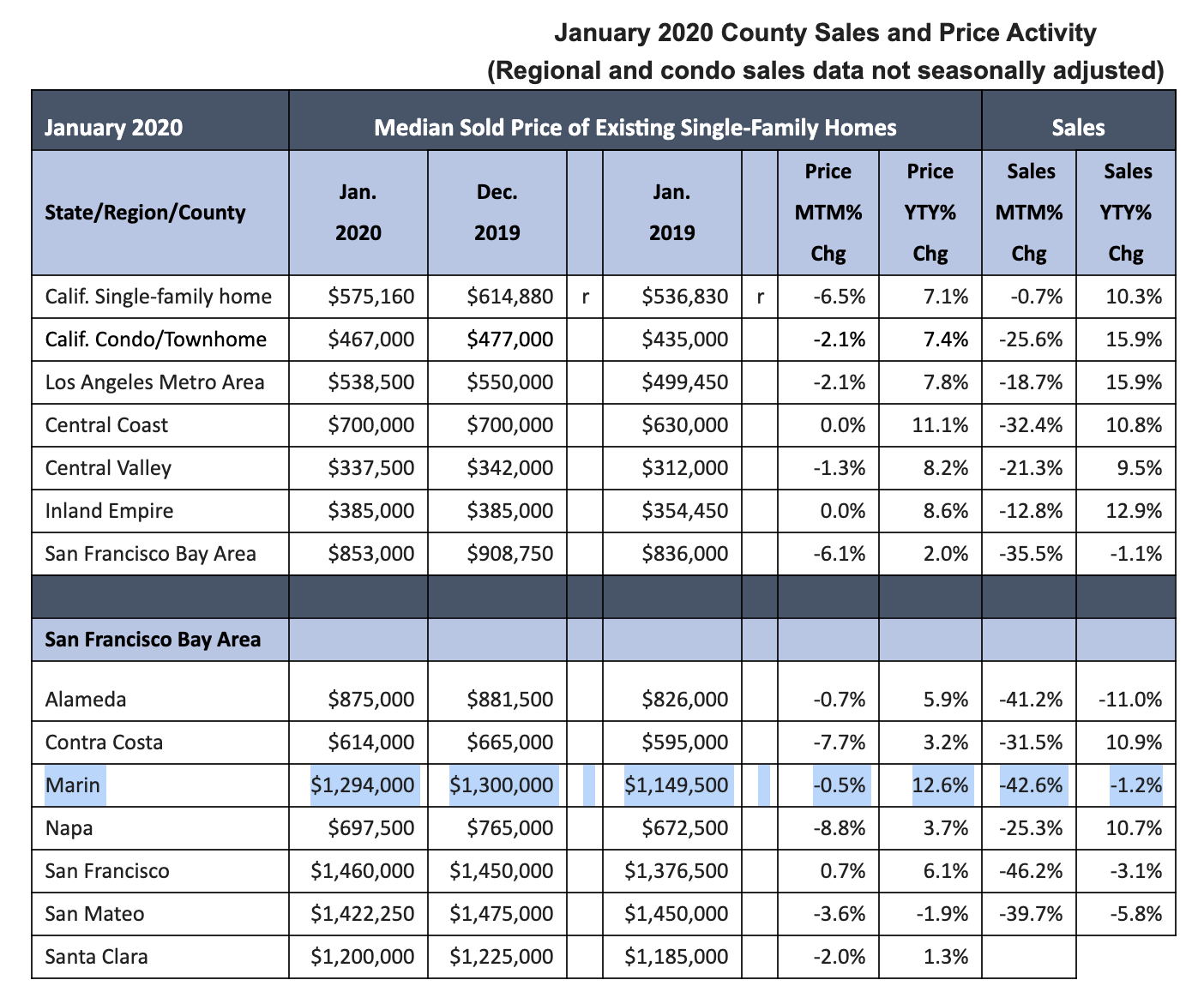