- Existing, single-family home sales totaled 238,740 in May on a seasonally adjusted annualized rate, down 13.9 percent from April and down 41.4 percent from May 2019.

- Year-to-date statewide home sales were down 12.9 percent in May.

LOS ANGELES (June 16) – California home sales fell to the lowest level since the Great Recession as the housing market suffered the full impact of the coronavirus pandemic in May and remained below 300,000 for the second straight month, the CALIFORNIA ASSOCIATION OF REALTORS® (C.A.R.) said today.

Closed escrow sales of existing, single-family detached homes in California totaled a seasonally adjusted annualized rate of 238,740 units in May, according to information collected by C.A.R. from more than 90 local REALTOR® associations and MLSs statewide. The statewide annualized sales figure represents what would be the total number of homes sold during 2020 if sales maintained the May pace throughout the year. It is adjusted to account for seasonal factors that typically influence home sales.

May’s sales total was down 13.9 percent from 277,440 in April and down 41.4 percent from a year ago, when 407,330 homes were sold on an annualized basis. It was the second straight month that home sales dropped below 300,000 units. Additionally, the year-to-year drop was the largest since November 2007, contributing to a year-to-date sales drop of 12.9 percent.

“The sharp sales drop in May was the steepest we’ve seen in some time, but there are encouraging signs that show the market is recovering and should continue to improve over the next few months,” said 2020 C.A.R. President Jeanne Radsick, a second-generation REALTOR® from Bakersfield, Calif. “With pending home sales up a stunning 67 percent in May, buyer demand is on the upswing amid record-low rates that are making monthly mortgage payments $300 less than a year ago.”

As housing demand fell in May, home prices softened further, sending the statewide median home price below last year’s price for the first time since February 2012 and breaking the state’s 98-month year-over-year price gain streak. The May statewide median price of $588,070 for existing single-family homes in the state was down 3.0 percent from April and down 3.7 percent from May 2019, when the median price was a revised $610,940.

“As we predicted, May home sales took the full impact of the coronavirus pandemic as much of the state remained in lockdown during the past few months and caused three straight months of double-digit sales declines, which we haven’t experienced since the Association began reporting monthly home sales in 1979,” said C.A.R. Senior Vice President and Chief Economist Leslie Appleton-Young. “While we expect sales activity to remain below pre-COVID-19 levels, closed sales should improve markedly as the phased reopening of the economy continues and consumers feel more confident returning to the market.”

Other key points from C.A.R.’s May 2020 resale housing report include: 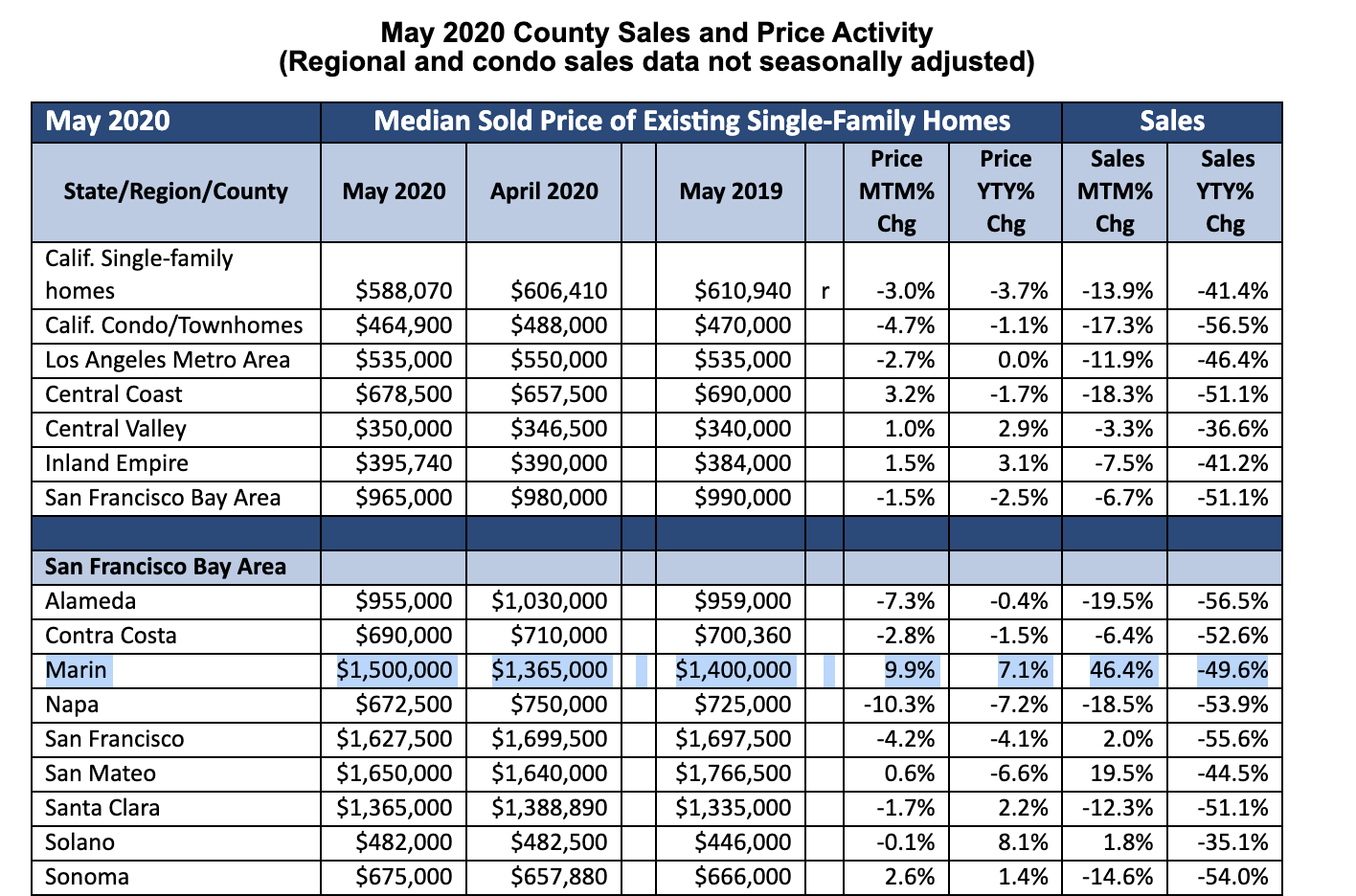 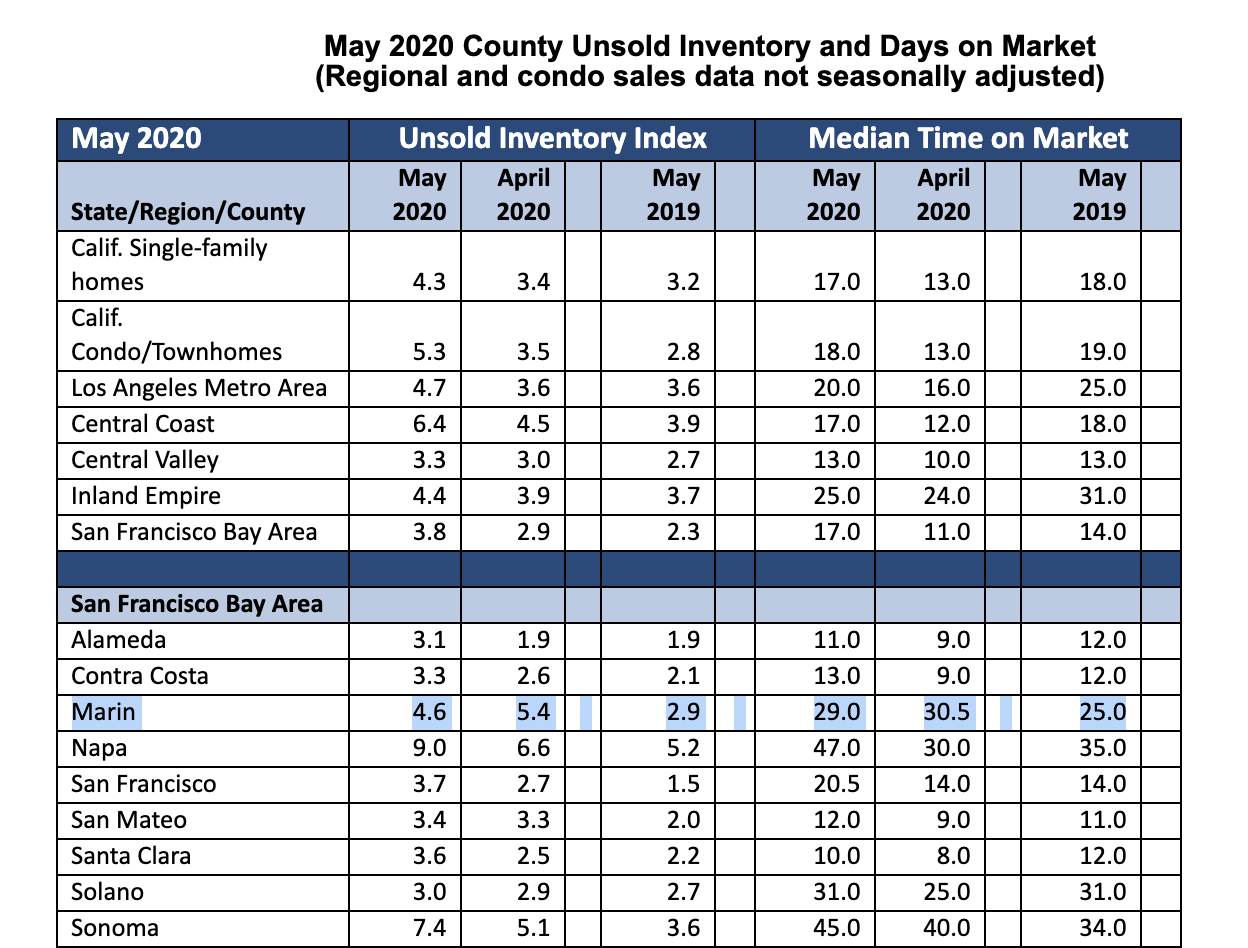