A minimum annual income of $115,200 was needed to qualify for the purchase of a $610,850 statewide median-priced, existing single-family home in the second quarter of 2020. The monthly payment, including taxes and insurance on a 30-year, fixed-rate loan, would be $2,880, assuming a 20 percent down payment and an effective composite interest rate of 3.43 percent. The effective composite interest rate was 3.70 percent in first-quarter 2020 and 4.17 percent in second-quarter 2019.

Compared with California, more than half of the nation’s households (57 percent) could afford to purchase a $291,300 median-priced home, which required a minimum annual income of $54,800 to make monthly payments of $1,370.

Key points from the second-quarter 2020 Housing Affordability report include: 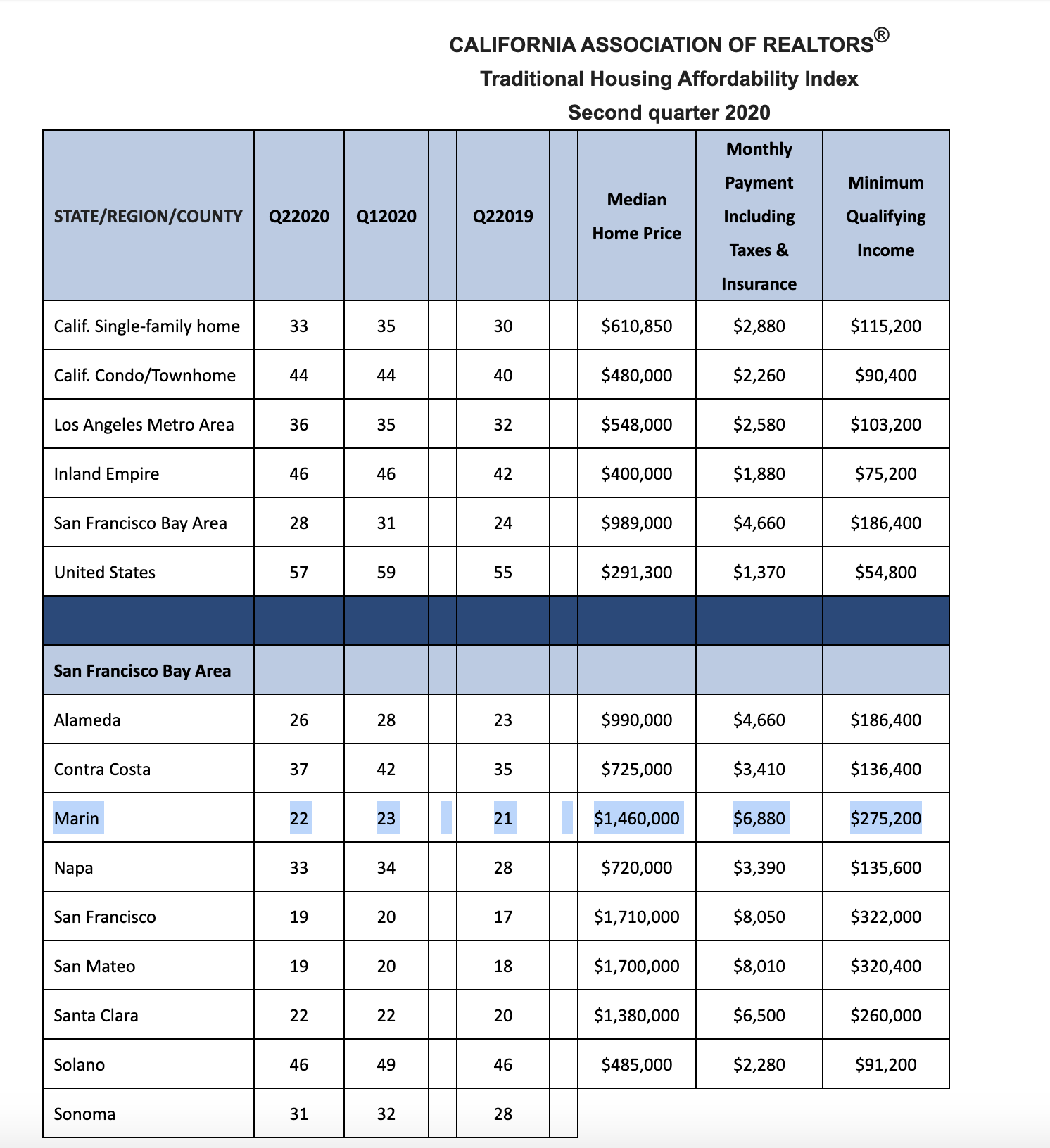