- Existing, single-family home sales totaled 462,720 in February on a seasonally adjusted annualized rate, down 4.5 percent from January and up 9.7 percent from February 2020.

- Year-to-date statewide home sales were up 15.9 percent in February.

Closed escrow sales of existing, single-family detached homes in California totaled a seasonally adjusted annualized rate of 462,720 in February, according to information collected by C.A.R. from more than 90 local REALTOR® associations and MLSs statewide. The statewide annualized sales figure represents what would be the total number of homes sold during 2021 if sales maintained the February pace throughout the year. It is adjusted to account for seasonal factors that typically influence home sales.

February home sales decreased 4.5 percent from 484,760 in January and were up 9.7 percent from a year ago, when 421,670 homes were sold on an annualized basis. While still solid, the nearly 10 percent sales increase was the smallest gain in the past seven months.

“The housing market has been cruising at a robust pace since the second half of 2020 but has encountered some speedbumps recently as rates began to rise,” said C.A.R. President Dave Walsh, vice president and manager of the Compass San Jose office. “While higher rates may slow growth in home sales temporarily, the major roadblock in the long run is a shortage of homes for sale. With inventory dropping more than a half from a year ago, the market will soften in the second half of 2021 if we don’t see enough homes come on the market to meet demand.”

California’s median home price was essentially unchanged from January but registered another 20 percent gain from a year ago, recording the first back-to-back 20 percent yearly increase since February 2014. The statewide median home price dipped 0.1 percent on a month-to-month basis to $699,000 in February, down from January’s $699,920. Low rates, robust demand and a shortage of homes for sale continued to push up home prices on a year-over-year basis, gaining 20.6 percent from the $579,770 recorded last February. The double-digit increase from last year was the seventh in a row and the second largest since February 2014.

“The upward movement in rates has called into question whether the market will sustain its momentum going into the spring homebuying season,” said C.A.R. Vice President and Chief Economist Jordan Levine. “While rates are off their record lows, they are still relatively low by historical standards. Recent increases in mortgage rates will likely slow the pace of price growth in the coming months but will also motivate those who truly want to buy to enter the market before rates start moving further up.”

Other key points from C.A.R.’s February 2021 resale housing report include: 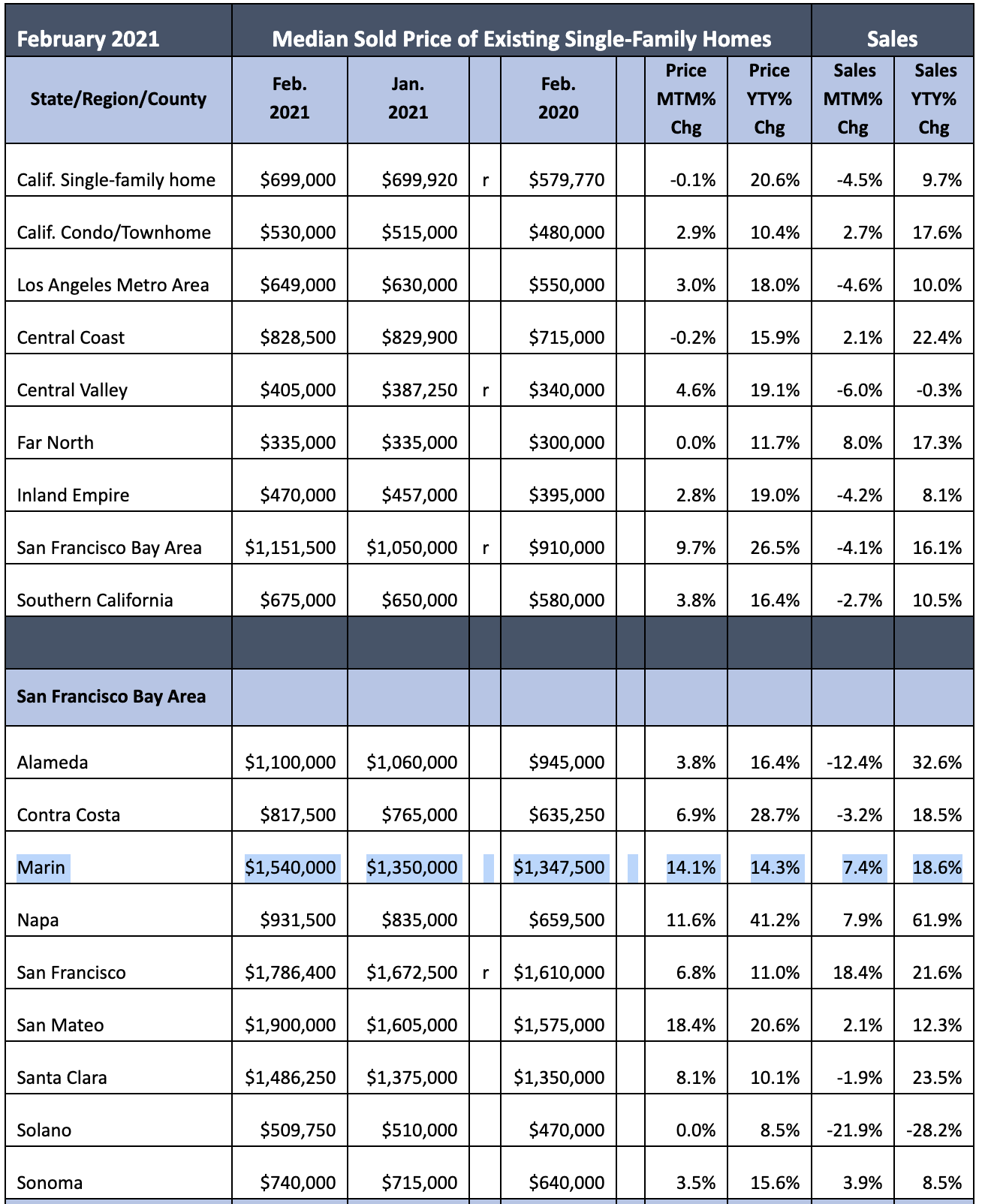 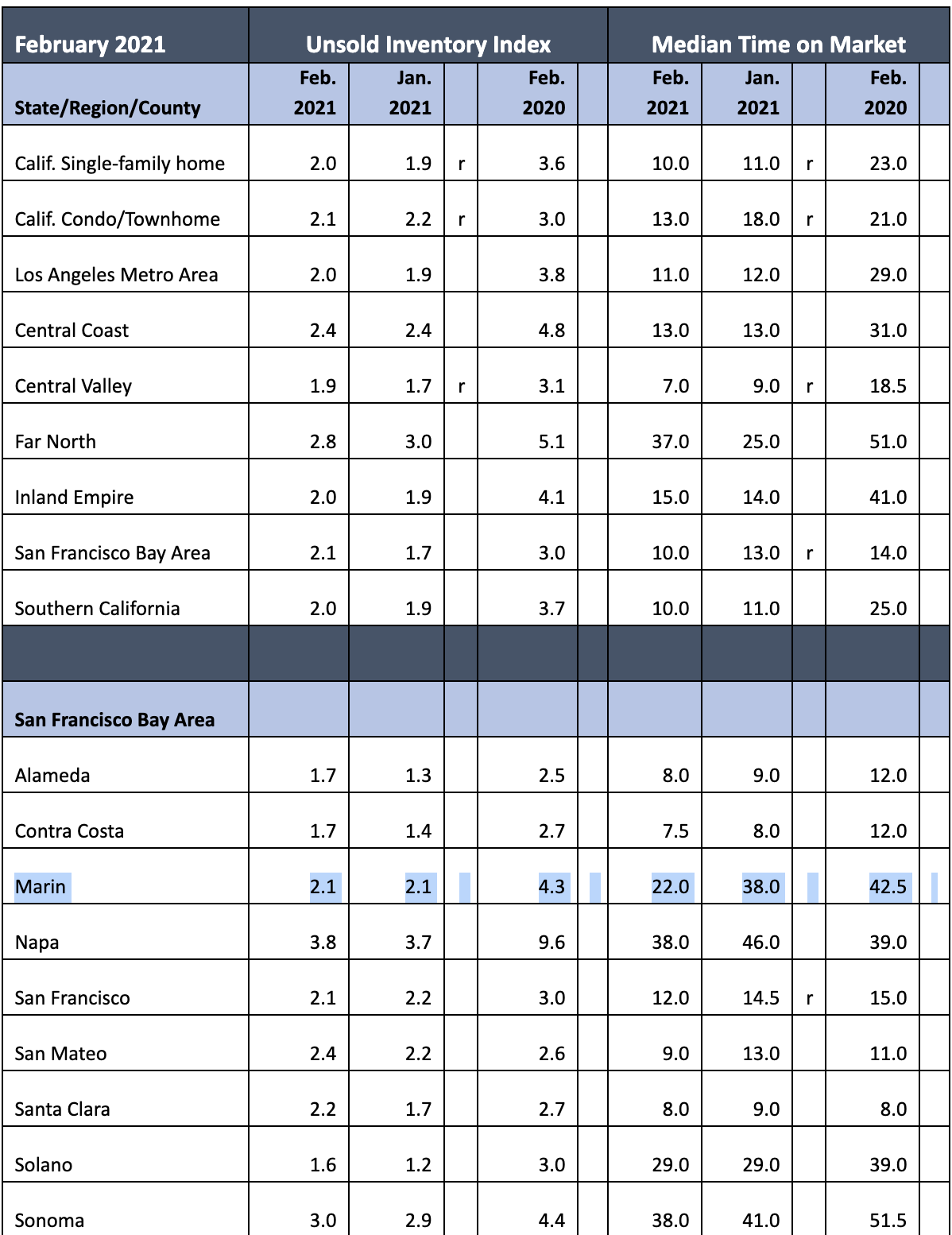