A minimum annual income of $148,400 was needed to qualify for the purchase of a $814,580 statewide median-priced, existing single-family home in the third quarter of 2021. The monthly payment, including taxes and insurance on a 30-year, fixed-rate loan, would be $3,710, assuming a 20 percent down payment and an effective composite interest rate of 3.07 percent. The effective composite interest rate was 3.20 percent in second-quarter 2021 and 3.15 percent in third-quarter 2020.

Despite setting a record high median price in third-quarter 2021, affordability for condominiums and townhomes was unchanged from the previous quarter. Thirty-seven percent of California households earned the minimum income to qualify for the purchase of a $600,000 median-priced condo/townhome in the third quarter of 2021, which required an annual income of $109,200 to make monthly payments of $2,730. The third quarter 2021 figure was down from 42 percent a year ago.

Compared with California, half of the nation’s households could afford to purchase a $363,700 median-priced home, which required a minimum annual income of $66,400 to make monthly payments of $1,660. Nationwide affordability was down from 55 percent a year ago.

Key points from the third-quarter 2021 Housing Affordability report include: 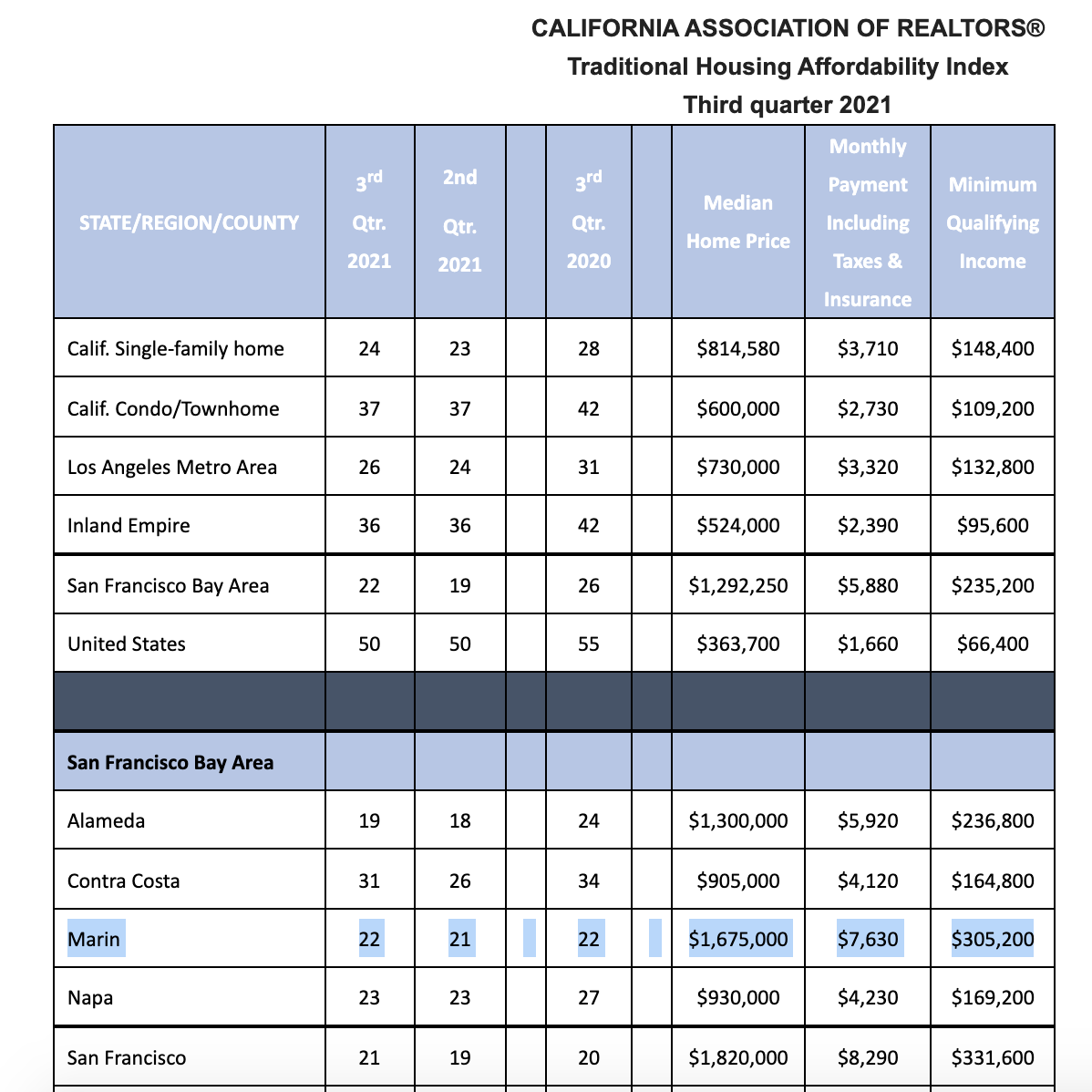