California Home Sales Edge Higher in February, According to the Latest C.A.R. Report

Closed escrow sales of existing, single-family detached homes in California totaled a seasonally adjusted annualized rate of 424,640 in February, according to information collected by C.A.R. from more than 90 local REALTOR® associations and MLSs statewide. The statewide annualized sales figure represents what would be the total number of homes sold during 2022 if sales maintained the February pace throughout the year. It is adjusted to account for seasonal factors that typically influence home sales.

February’s sales pace was down 4.5 percent on a monthly basis from 444,540 in January and was down 8.2 percent from a year ago, when 462,720 homes were sold on an annualized basis. The year-over-year sales decrease was the eighth straight decline and the smallest in seven months.

“Despite higher mortgage rates, California’s housing market is holding up remarkably strong, with home prices reaccelerating, market competition growing and signs that the listings crunch is thawing,” said C.A.R. President Otto Catrina, a Bay Area real estate broker and REALTOR®. “Prospective buyers are taking advantage of still-low rates before they move higher and getting a jump on competition before the start of the spring homebuying season.”

California home prices continued to increase from the prior year, picking up momentum again after slowing down for eight consecutive months. The statewide median price inched up to $771,270 in February, up 0.7 percent from January’s $765,610 and up 10.3 percent from the $699,000 recorded in February 2021. The stronger-than-expected growth in the statewide median price is attributed partly to a change in the mix of sales toward homes in the million-dollar price range, as sales jumped in higher-priced regions such as the Central Coast and the San Francisco Bay Area.

“While home sales declined from both the previous month and year, February’s sales pace was still the second highest sales level for a February in the last 10 years and strong relative to pre-pandemic levels of 2018 and 2019,” said C.A.R. Vice President and Chief Economist Jordan Levine. “However, the invasion of Ukraine has created geopolitical headwinds and pushed up inflation up a notch, which may keep mortgage rates elevated and cause the housing market to retreat amid the uncertainty.”

At an index of 67 in February, C.A.R.’s monthly Consumer Housing Sentiment Index dropped 2 points from last month as consumers acknowledged the current market challenges and felt increasingly pessimistic about homebuying opportunities. Consumers who thought it was a “Good time to buy” dropped to 16 in February from 19 last month and from 28 points last year. Still, one in every four consumers are holding out hope that it will be easier to find a home in the next 12 months and nearly two in every three believe that home prices will rise over the same period of time.

Other key points from C.A.R.’s February 2022 resale housing report include: 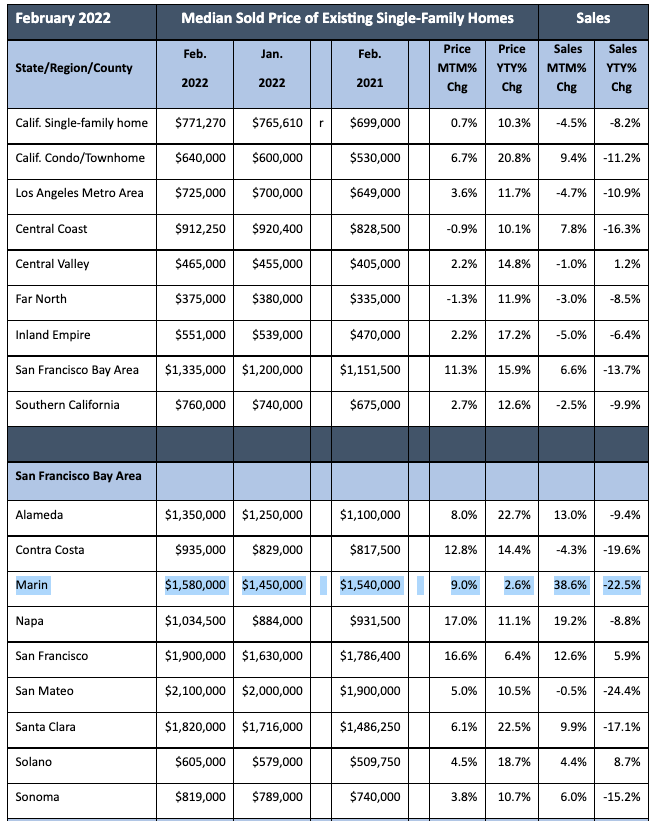 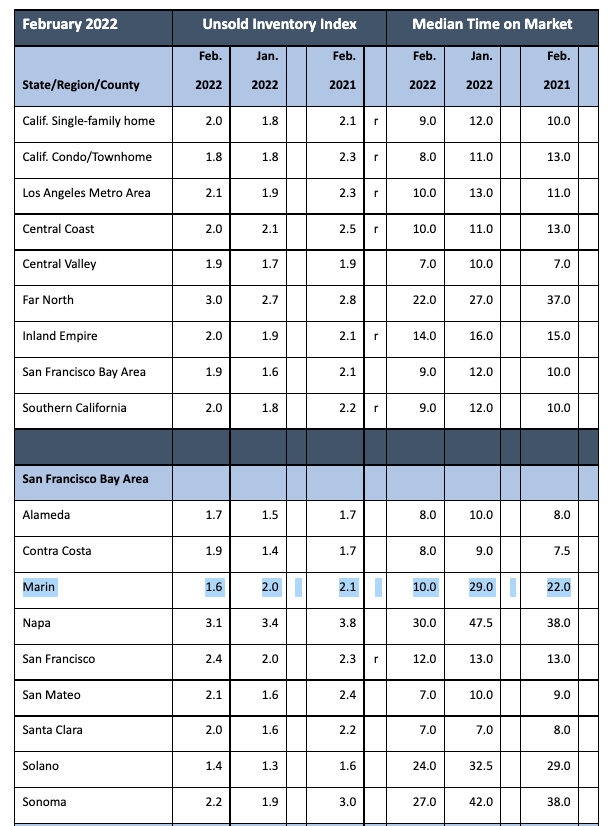