- Existing, single-family home sales totaled 508,820 in November on a seasonally adjusted annualized rate, up 5.0 percent from October and up 26.3 percent from November 2019.

- Year-to-date statewide home sales were up 1.3 percent in November.

Closed escrow sales of existing, single-family detached homes in California totaled a seasonally adjusted annualized rate of 508,820 units in November, according to information collected by C.A.R. from more than 90 local REALTOR® associations and MLSs statewide. The statewide annualized sales figure represents what would be the total number of homes sold during 2020 if sales maintained the November pace throughout the year. It is adjusted to account for seasonal factors that typically influence home sales.

November sales rose 5.0 percent from 484,510 in October and were up 26.3 percent from a year ago, when 402,880 homes were sold on an annualized basis. The year-over-year, double-digit sales gain was the fourth consecutive and the largest yearly gain since May 2009.

“Home-buying interest is at levels that we have not seen for years, setting the stage for a stronger-than-expected comeback that fully recovered all the sales that the market lost in the first half of the year due to the pandemic,” said 2021 C.A.R. President Dave Walsh, vice president and manager of the Compass San Jose office. “Housing supply remains an issue, however, as we will likely to see a shortage of homes for sale in the near term, which will put upward pressure on prices and dampen affordability for those who haven’t been able to take advantage of low rates.”

After breaking the $700,000 benchmark for the past three months, California’s median home price dipped 1.7 percent on a month-to-month basis to $$699,000 in November, down from October’s $711,300. Home prices, however, continued to gain on a year-over-year basis with the statewide median price surging 18.5 percent from $589,770 recorded last November. The double-digit increase from last year was the fourth in a row and the highest 12-month gain since February 2014. The gain was also higher than the six-month average of 9.7 percent observed between May 2020 and October 2020.

“California’s housing market continues to be the bright spot in the economy, but the direction and pace of the recovery will hinge on the coronavirus pandemic and the distribution of the vaccine in the coming months,” said C.A.R. Senior Vice President and Chief Economist Leslie Appleton-Young. “The rise in COVID-19 cases and tighter constraints on economic activity recently imposed will likely have implications for the housing market as renters and homeowners face adverse impacts to their incomes, which is why Congress should pass additional relief for renters, homeowners, and workers as soon as possible.”

Other key points from C.A.R.’s November 2020 resale housing report include: 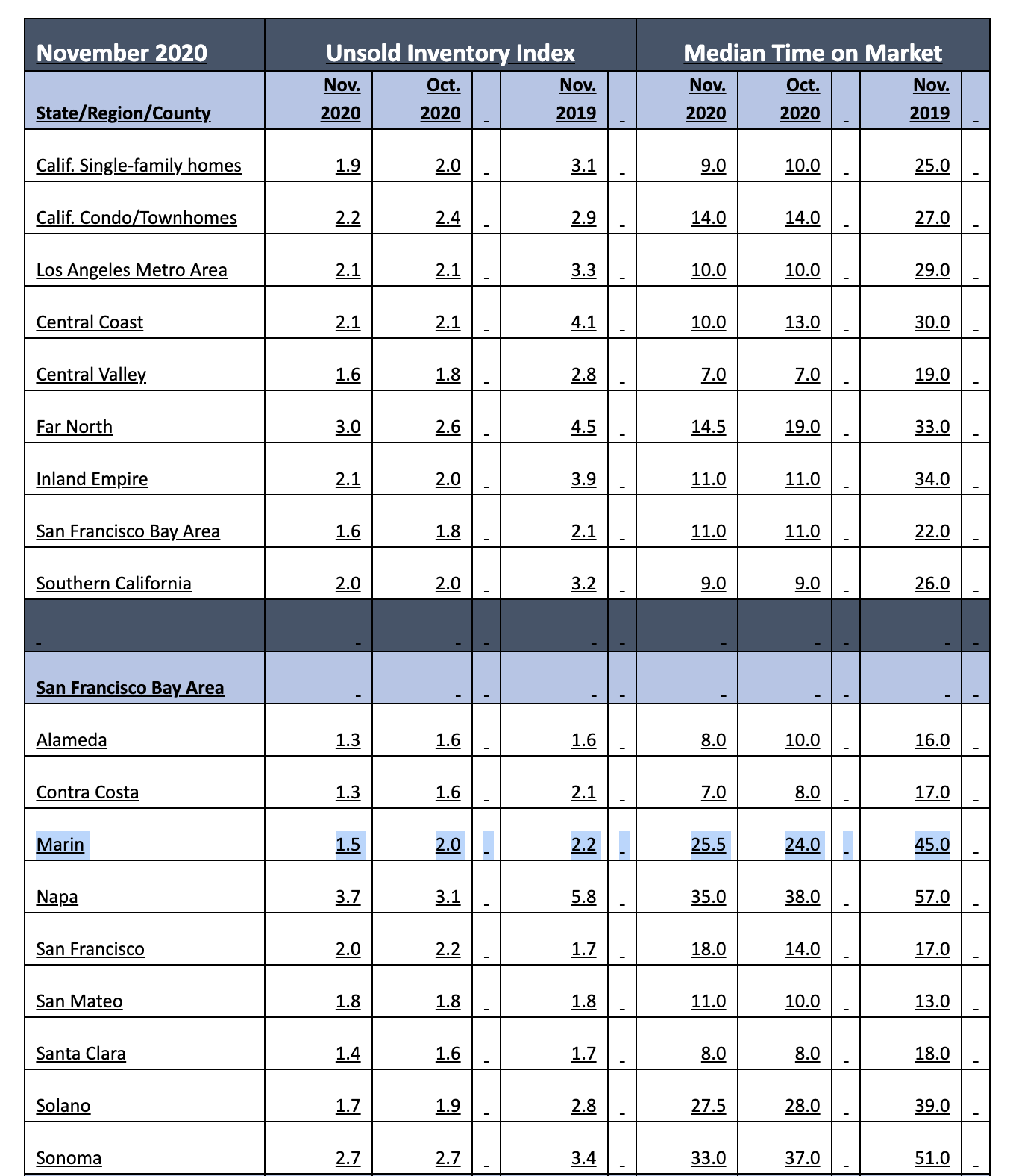 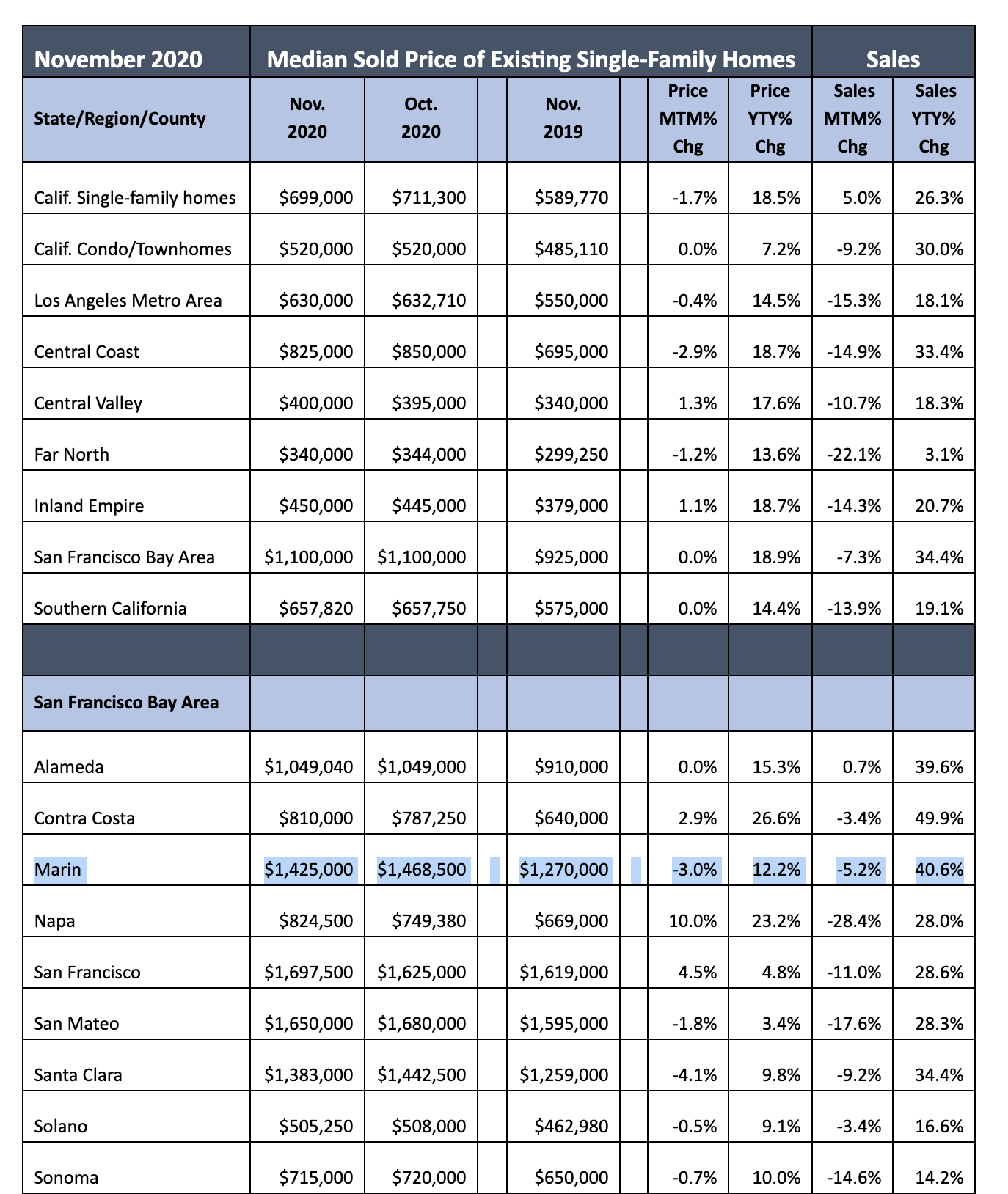