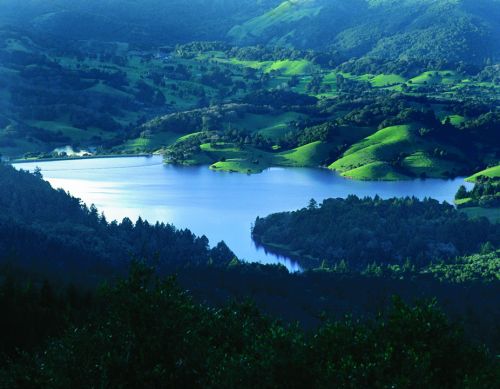 Marin County is a county located in the North San Francisco Bay Area of the State of California. As of the 2010 Census, the population was 252,409. Its county seat is San Rafael. It is across the Golden Gate Bridge from San Francisco.

Marin County is well known for its natural beauty. The county is governed by the Marin County Board of Supervisors.

Marin County was named after Chief Marin (whose native American name was Huicmuse), an 18th century leader of the Licatiut, a branch of the Coast Miwok. Chief Marin lived toward the end of the era of Spanish rule in Alta California, a period of severe decline for the Coast Miwok and other native American tribes, whose populations were decimated by centuries of introduced disease, conflict, abuse and enslavement by European colonists.

The Coast Miwok were hunters and gatherers who over time inhabited some 600 village sites in the region between Sonoma’s Bodega region and southern Marin. They were skillful craftsmen in basketry, flint knapping and clamshell bead-making. They subsided by hunting and gathering on the land and harvesting from the sea an abundance of crab, clams, mussels, abalone, oysters, halibut and rockfish.